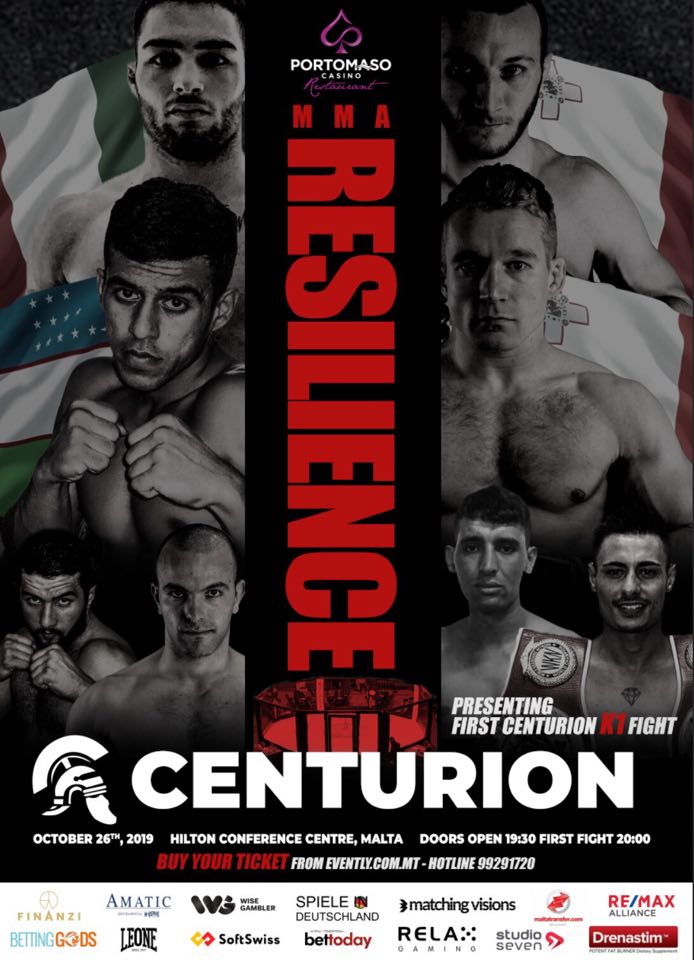 About The Event - CENTURION FIGHT CHAMPIONSHIP 6

The six edition of the BEST MMA Event in MALTA,  Centurion is now one of the top recognise promotion in Europe

This event will host the top European fighters facing some Maltese new coming start . Will be introduce to the Maltese fan the opportunity to witness the first mix event of MMA and K1 featuring the top fighter Keith Azzopardi of the famous Noel Team in his first fight of K1 inside the cage !

Steve Shmid , Enrico Manicaro , Clive Cauchi some of the Maltese fighters call to defend the ranking on CENTURION FC .

All this event in one of the top location in Malta the HILTON Hotel.

We will have Fighter come from France, Norway , Sweeden , Italy , UZbakistan
and much more.

We will host 14 fights on that night full of thrilling and action!

Don’t miss out the opportunity to be part of the best Maltese fight night !